Call for Proposals: If you have research results supporting a clear hypothesis for an innovative therapy in indications with high unmet need, please apply. 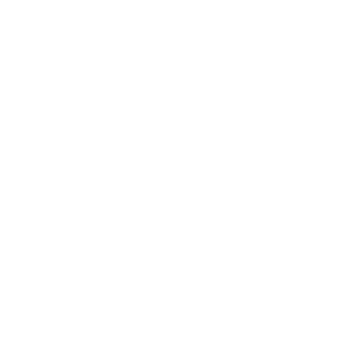 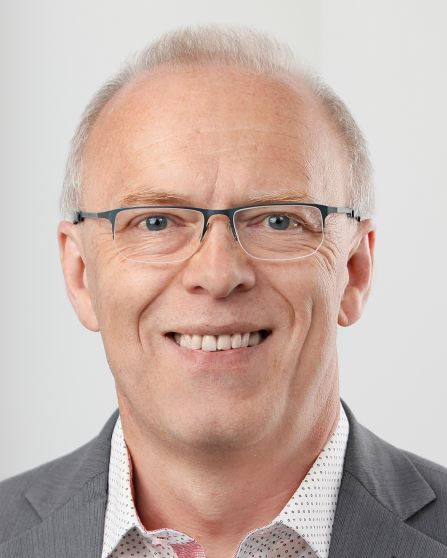 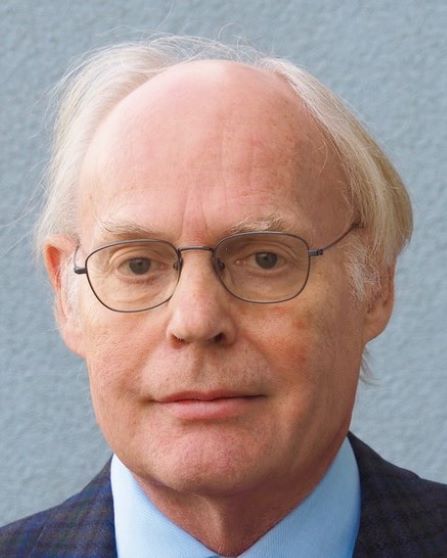 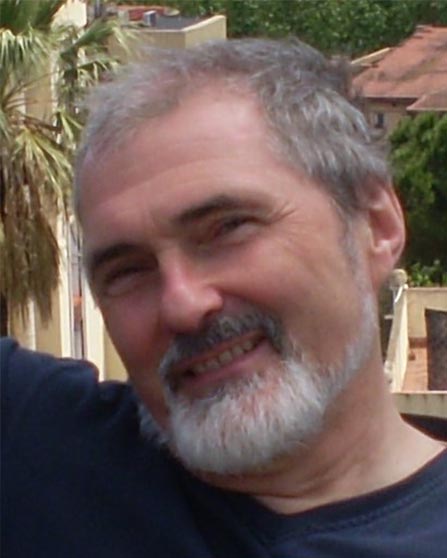 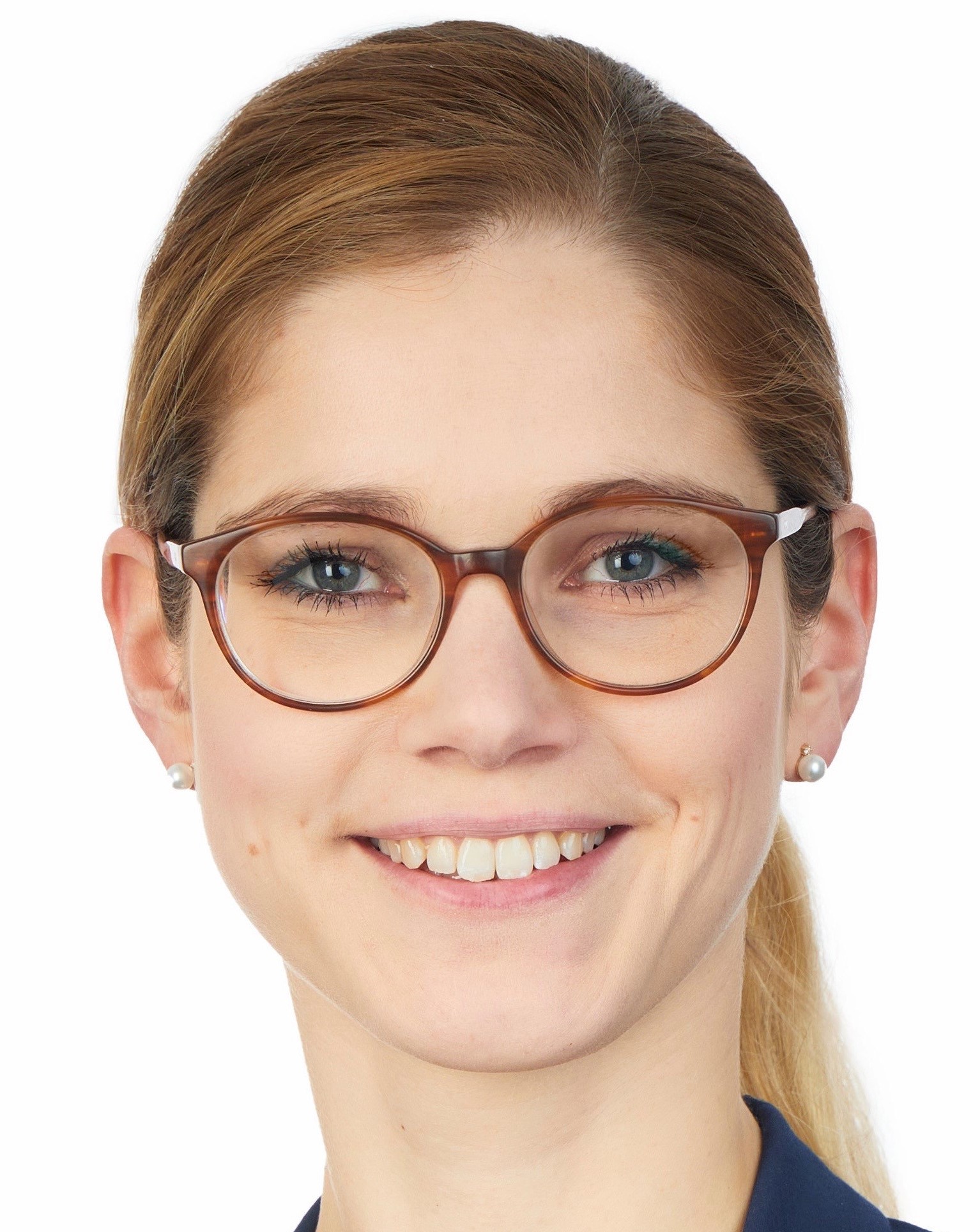 Peter has about 35 years of industry experience in medicinal chemistry and drug discovery. Since 2008, he is Managing Director and Head of Medicinal Chemistry at the Lead Discovery Center GmbH (LDC) in Dortmund, Germany and since 2019 also Managing Director of the wings4innovation GmbH in Vienna. Both organisations operate at the interface of academia and industry. Before joining LDC, Peter was Executive Director at the Novartis Institutes for BioMedical Research in Vienna, Austria, heading the Chemistry Department. During his 23 years at Sandoz/Novartis, he held various positions in the area of medicinal chemistry and interdisciplinary project leadership.

Peter is member of several international scientific advisory boards and serves as advisor to private and public funding bodies. He is (co)author of more than 80 peer-reviewed publications and more than 25 patent applications, referee to various journals, and holds a Dr. degree in organic chemistry from the TU Wien, Austria.

Andreas Billich studied Chemistry at the University of Münster, Germany, and received his Ph.D. in Biochemistry in 1985. As a PostDoc at the Technical University of West-Berlin he performed research on the biosynthesis of peptide antibiotics such as cyclosporin. In 1988 he joined the Sandoz (later Novartis) Research Institute in Vienna, Austria, where he worked on HIV targets such as protease and integrase. These studies on antivirals formed also the basis for his habilitation thesis, and Andreas received venia legendi for Biochemistry from the University of Vienna in 1996. Further work at Novartis Vienna as project and group leader focussed in the areas of dermatology and autoimmunity where he contributed, e.g., to the development of the MS-drug Gilenya. In 2008 he joined the Novartis Institutes for Biomedical Research in Basel, Switzerland, where he continued preclinical research on autoimmune and inflammatory diseases, focussing on the S1P and IL-17 pathways. In 2019 he joined wings4innovation GmbH as Translational Guide.

Wolfgang Sommergruber studied Biochemistry at the University of Vienna, Austria, and received his Magister in 1981 and his Ph.D. in 1985. During the time as a Postdoc at the Institute of Biochemistry (Medical Faculty) and a short- term research fellowship at Stony Brook University, New York, his scientific focus was on the molecular characterization of the proteolytic processing of picornaviruses. In 1986 he joined as a lab head Boehringer Ingelheim in Vienna, Austria, where he performed research on viral and tumor-associated proteases. These studies served as the basis for his habilitation thesis, and Wolfgang received the „Venia Docendi“ for Medical Biochemistry in 2000.

From 2002 till 2019 he worked as a Scientific Director in the Dept. of Exploratory Research Oncology at Boehringer Ingelheim RCV GmbH & Co KG, Vienna, Austria. During this time Wolfgang performed translational research on the transcriptional control of interferon genes and the identification of novel tumor-associated antigens by combination of subtractive libraries with cDNA microarrays.

Later on, Wolfgang aimed at the identification of novel drug intervention sites in oncology including targets in tumor metabolism, tumor-stroma crosstalk, epigenetic targets in immune-oncology and immunogenic cell death. Since 2019 he is Visiting Professor at University of Applied Sciences, Vienna, Austria.

Wolfgang got several awards and was leader and co-leader in international and national research programs such as GEN-Au (Austrian Genomic Research Program – „Genomic Approaches to Tumor Invasion and Metastasis“; 2002-2006) and IMI (Innovative Medicines Initiative – „New tools for target validation to improve drug efficacy“ embedded in the European FP7 program; 2011-2016). Wolfgang is (co)author of 80 peer-revied publications and 9 book chapters. He was invited for lectures at 50 international and national congresses. In 2021 he joined wings4innovation GmbH as Translational Guide.

Juliane Rademacher’s scientific journey began at the Universities of Lübeck, Germany and Stockholm, Sweden, where she studied Molecular Life Sciences and Biochemistry, respectively. She prepared her Bachelor thesis about a structural aspect of a DNA repair mechanism at the LMB in Cambridge, UK, and her master thesis about transcriptional control in stem cells at the Salk Institute in La Jolla, USA.

She proceeded with her doctorate at the Max Delbrück Center in Berlin. She held a doctoral fellowship of the German-Israeli Helmholtz Research School „Frontiers in Cell Signaling and Gene Regulation“. Her work focused on signaling of GPCRs and small GTPases of the Ras superfamily and their role in cell migration and cancer development.

As guest scientist at the MPI for Colloids and Interfaces in Potsdam, she evaluated targeted-delivery approaches by visualization of targeted liposomal uptake by confocal microscopy.

After that she transferred to business consulting, firstly with d-fine GmbH, where she was involved in digital transformation projects, and later as biopharma strategy consultant at Scitaris GmbH, where she assisted clients of the biotech and pharmaceutical industries to explore therapeutic and commercial opportunities. She was involved in a variety of projects, including in-depth indication searches for immuno-oncology drug candidates, broad M&A screens, or asset valuation.

As strategy and group development manager at Heartbeat labs, a company builder and investor in Berlin, she was responsible for the scientific and strategic evaluation of investment opportunities in the digital health and biopharma space, ranging from early-stage academic startups to post-IPO biotech companies. Juliane joined wings4innovation GmbH as Translational Guide in 2022 and is thrilled to continue to support scientists in translating their ideas to ultimately bring value to patients. 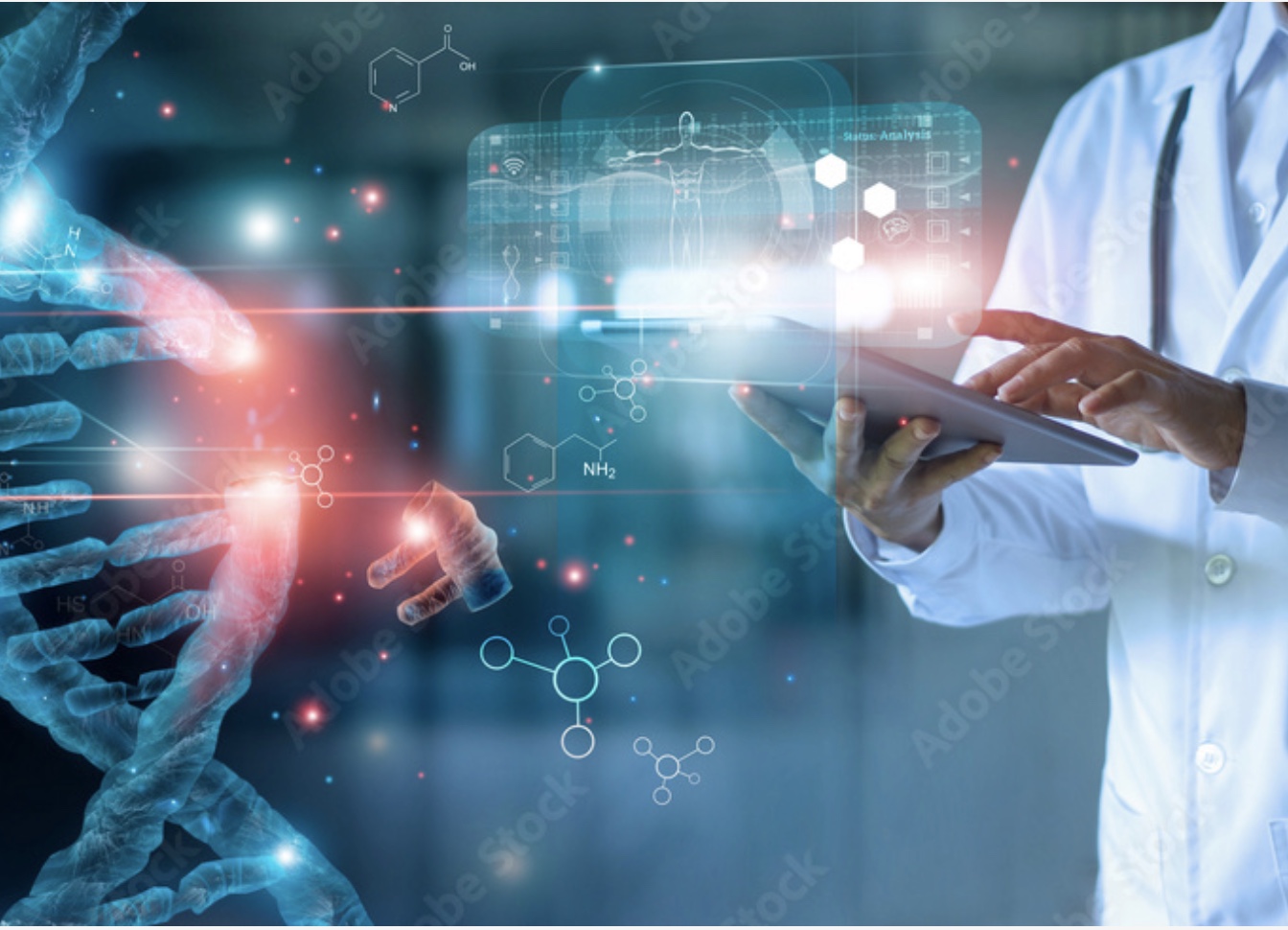 KHAN-I was set up jointly by Austria Wirtschaftsservice (aws), European Investment Fund (EIF) and the Max Planck Foundation to support the translation of excellent basic research into drug development projects.

w4i scouts and evaluates project ideas and proposes suitable projects for KHAN-I funding. w4i is the central contact for academic/SME partners from all over Austria.

After a successful start with already 6 Austrian projects and one company investment in the portfolio of KHAN-I, the call is still open! Researchers from Austrian academic institutes and SMEs can apply with their ideas until the end of 2023.

If you have research results supporting a clear hypothesis for an innovative therapy in indications with high unmet need, please apply! 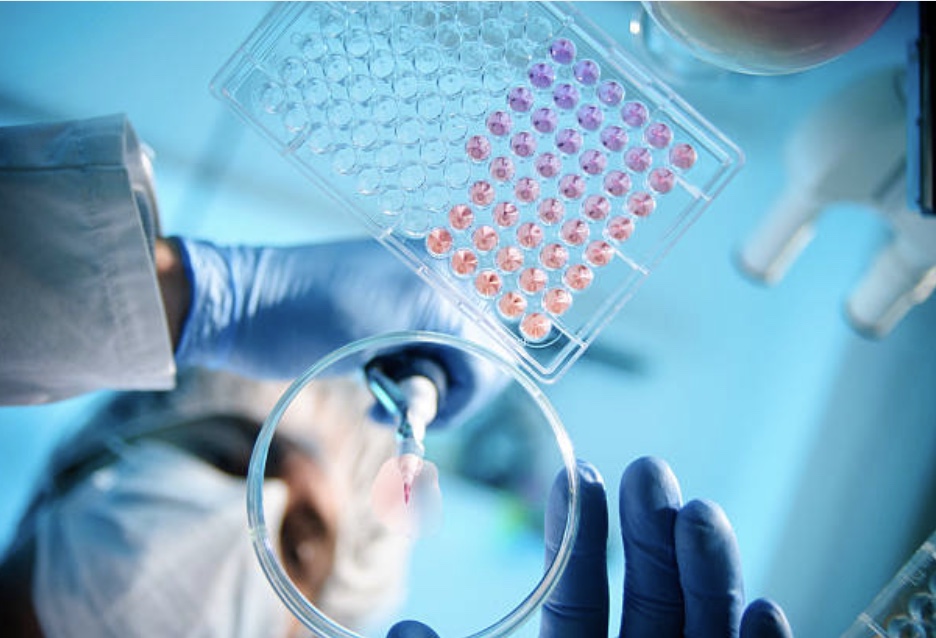 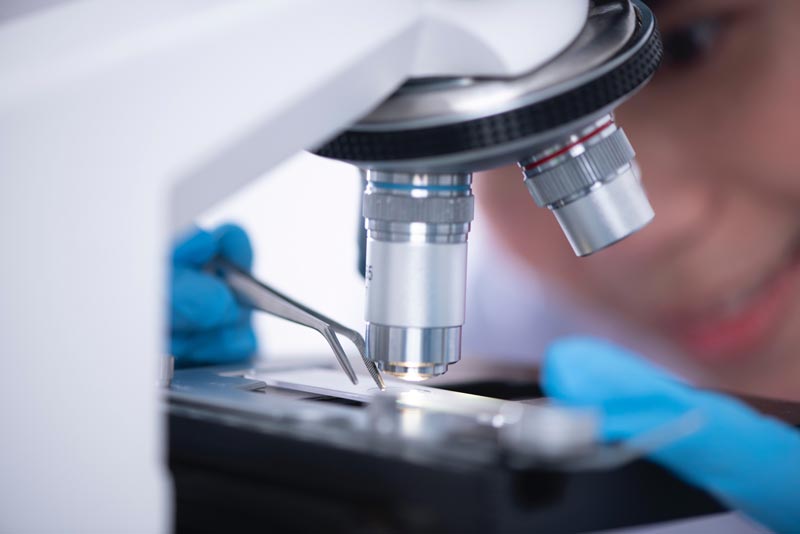 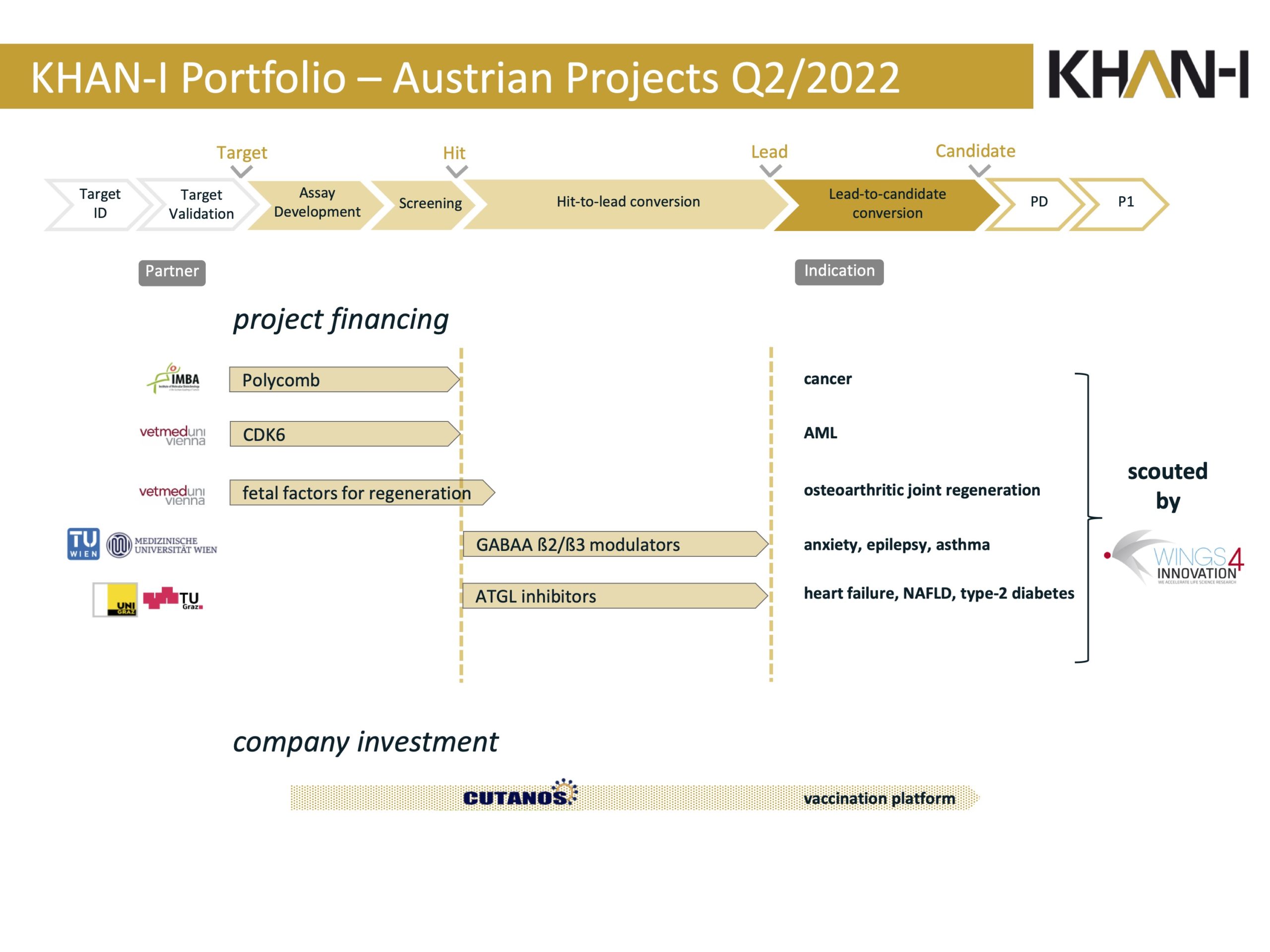